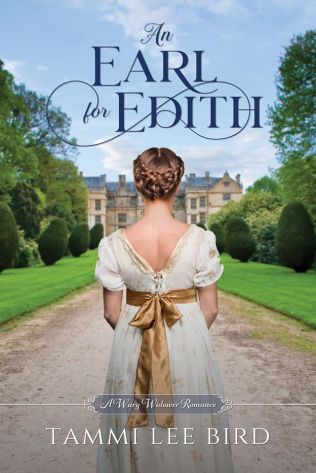 Edith Wilson is twenty-two years old, has never had a London Season, and suspects she never will. Limited finances mean Edith is left ignored while her beautiful younger sisters receive every opportunity. Longing for her mother’s approval, Edith agrees to trap an earl against her better judgment, hoping for a chance at the loving marriage she’s always desired. Yet once she meets the handsome earl, she doesn’t have the heart to ruin his happily ever after.

Miles is extremely wealthy, titled, and single with no intention of ever falling in love again. His first wife taught him how horrible a one-sided marriage could be. When a young woman appears at his hunting lodge set on ensnaring him, he will do anything to keep her away, including lying and betting with a disreputable rogue. But when she walks away from a chance to force him to propose, he regrets his actions. Will he be able to right his wrongs before Edith falls prey to the rake he set on her path?

Miles was married to a gem of a woman who wanted nothing to do with him and would insult him. She was only after his title and money. He doesn’t want to marry again but eventually considers it so his young daughter can have a mother.

Edith Wilson meets Miles when she accidentally gets herself drunk while following one of her mother’s many schemes. She ends up spilling far too much information to the earl.

I like that the book starts right in on an interesting scene. The stuff the mother had her daughter do is so messed up.

Edith and Miles at times have some nice moments and discussions but at other times act completely childish regarding their relationship.

“The world was only as big as her blanket, and nothing outside could enter her little sphere of peace.”

Miles has this cute scene with Grace when she has a nightmare. But when he leaves for London there is no mention of her. Miles already spends more time with Grace than was usual during this time, but I still would have liked at least a mention that he wished her farewell.

There were some twists I didn’t see coming and a lot of the side characters interested me. I find myself wanting to know how the lives of Lucy, George, and Archibald turn out.

“Open your heart, and who knows what will happen”

An Earl for Edith is a strong debut novel and I’d like to read more from Tammi Lee Bird.