At thirty years of age, Susan Jennings has long been considered a spinster. Exceptionally intelligent, she has little tolerance for London and the dreaded Season̵if that’s how one is expected to find love, it’s not for her. But when an invitation arrives that cannot be ignored, Susan leaves her comfortable life in the country and enters the fashion and frivolity she most despises. She quickly discovers, however, that there is more to loathe in London—and his name is George Kendall.

George, Duke of Aylesham, has learned to keep his distance from cloying females chasing the title of duchess. Susan Jennings, however, proves an entirely different challenge—a woman who has pushed him to the limit of his patience with their every encounter. But their simmering hostility is disrupted by a thoughtless slipup: to avoid a marriage of political strategy, George claims he is already betrothed. And when pressed for the name of the lucky woman, only one name comes to mind: Susan’s. Their forced betrothal proves advantageous, but when their verbal sparring must change in order to be convincing, the line between fact and fiction becomes blurred by something neither expected: love.

Susan Jennings and George Kendall, The Duke of Aylesham, have had one bad meeting after another before the Duke puts them in a situation where they must marry.

Their first conversations with each other have been fairly volatile. The title of this book is so appropriate for their relationship. This is definitely an enemies to lovers book.

The Duke has been living in high society for years and is used to the mask he has had to put on. Susan is new to the attention and has trouble with it. Even though it doesn’t look like they have much in common, and there is a lot of tension, I love that they communicate with each other when they have a problem. I just wish they had shared more about their lives with each other. They both have gone through bad previous relationships, and I was waiting for them to share that with each other and connect over it.

Aunt Margaret and Foster are as cute as ever in this book.

I look forward to reading more of Karen Tuft’s books. 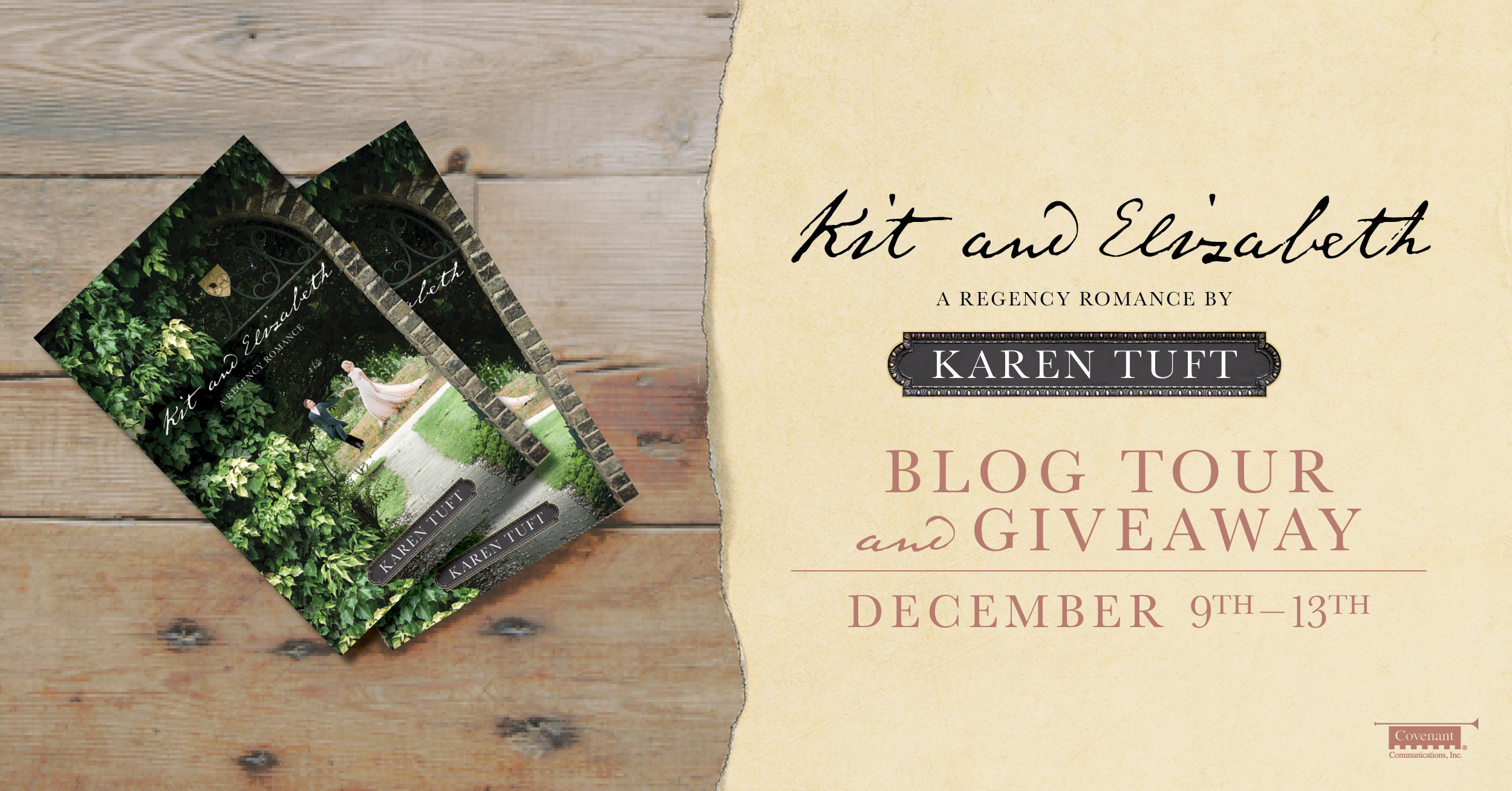 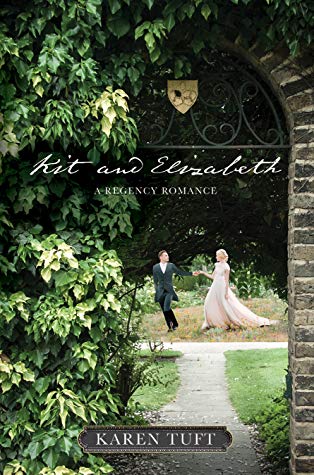 Despite living her entire life to please her demanding parents, the Duke and Duchess of Marwood, she has little to show for it. After Elizabeth’s second failed betrothal, her father’s debts and appalling acts of retaliation force him to flee the country, consigning Elizabeth and her bitter mother to a life of poverty and exile. But Elizabeth’s fortunes change one day when an elderly acquaintance makes her an offer she can’t refuse.

Lady Walmsley, widowed and childless, is in need of a lady’s companion—and who better than the lovely Lady Elizabeth? Determined to rescue Elizabeth from her dreary life in the country, Lady Walmsley secures the help of Kit, the dashing Earl of Cantwell, in her quest. But the young woman they find is a ghost of the charming girl they once knew. Taken in by Lady Walmsley, and with Kit’s enthusiastic encouragement, Elizabeth finds herself pushed further and further from her empty solitude as she discovers the joy of truly living. Now, for the first time in her life, she must decide for herself who she is and if she deserves to be loved. 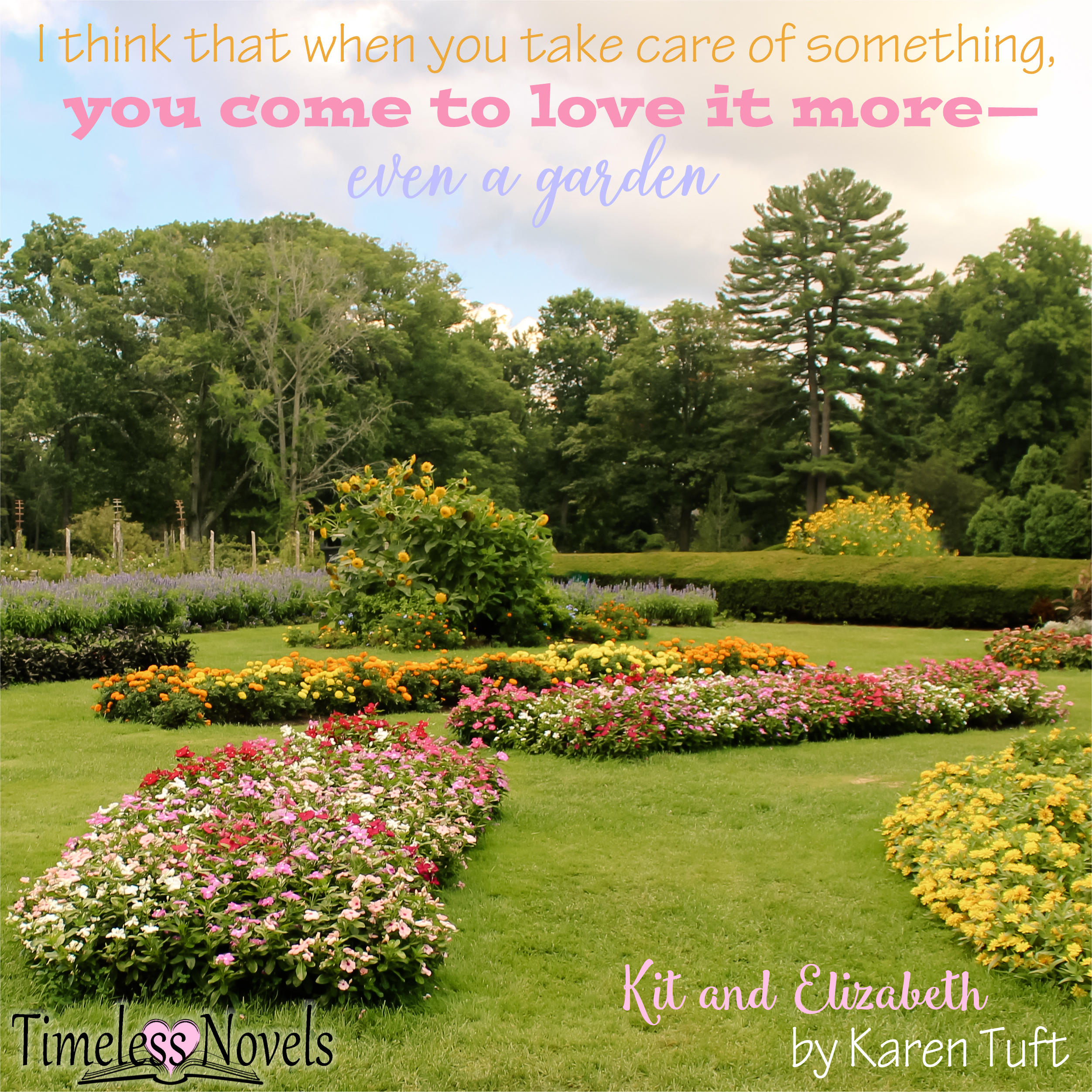 Kit and Elizabeth is the sequel to The Earl’s Betrothal. There are pros and cons to having read the previous book first. There are some scenes from The Earl’s Betrothal that are skimmed over in this book, like the scene about Amelia’s parentage at the ball. If you have read the first book it makes a lot more sense, and I feel that you will better be able to appreciate the characters. On the other hand, having read the previous book, some of the recap tends to drag a little.

This book took me a bit to get in to at first. The first three chapters of the book include Elizabeth’s point of view of what happened during the book The Earl’s Betrothal which I have read. Chapter four no longer includes recap and becomes the new story which I was quickly able to get in to as the story really got going.

Elizabeth’s parents had never treated her well and they had always wanted a son. While a son had been needed for an heir, they shouldn’t have taken it out on her. She was always treated like property, and they told her often of her failure in not marrying who they wanted her to. She had always tried to make her parents proud and act like the daughter of a duke. This has caused others to compare her with being made of stone. She is still grieving the loss of her betrothed Alex and doesn’t want to marry his brother Anthony which her father is demanding. When Anthony offers her a way out, she takes it.

“I have ever only been a disappointment and have been making amends for it since the day I was born.”

Elizabeth’s father is truly evil with no morals and no love for his wife or daughter.

It’s so crazy during this time period that if someone doesn’t produce an heir, their remaining family loses everything due to entailment. Someone could just show up and kick people out of their house, even while they are in mourning. It was also a little shocking to see how some of the servants treated their masters; especially right after a tragic event.

Lady Walmsley is loud and talkative and just what Elizabeth needs to keep her from hiding in her room and shutting down. She also needs Kit to challenge her and help her find the good in life. Kit also helps her to realize who she really is and what she really wants.

“That question had raised other similar questions. Did she enjoy playing the harp? Did she even like music? Did she like doing needlework? Or painting? Or drawing? She’d taken lessons as a girl in all of these things and in others as well and had always worked to improve her skills. It had been expected of her. But she’d never thought about whether she liked doing any of them. It had never crossed her mind.”

“She had little faith at the moment, but maybe, just maybe, there was the tiniest acorn of faith that hadn’t been entirely extinguished . . .”

“Kit thought he might rather stick a fork in his eye than listen to a woman cry.” 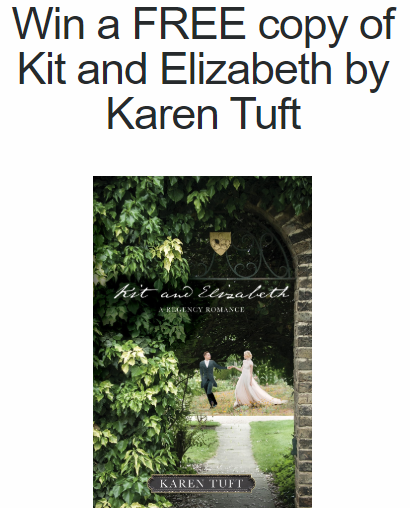 I read The Nabob's Daughter by Jess Heileman on Kindle Unlimited, and immediately after finishing it I bought the paperback because I loved it so much!
Happy 4th of July! My family had to point out that most of the books in my Red, White, and Blue bookstack take place outside of the United States. 😄
Time’s Dagger is a time travel romance with some supernatural and fantasy elements. It takes place during modern day as well as Medieval times. Have you read any time travel books?
Check out the blog tour for Inventing Vivian on TimelessNovels.com and you can enter to win a copy!
Happy Release Day to Inventing Vivian!
Happy Book Birthday to The Heart’s Charge!
I am currently reading The Heart's Charge, and I am loving it. Karen Witemeyer is the reason I stepped outside my Regency Historical comfort zone and started reading Westerns. Books like this are exactly why I now love Westerns!
Dusk’s Darkest Shores by Carolyn Miller releases tomorrow!