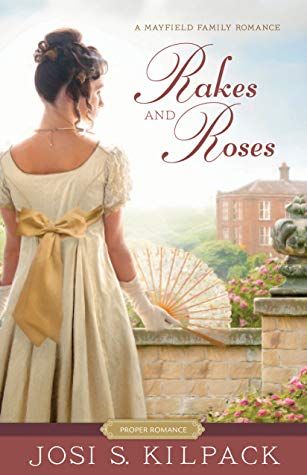 Lady Sabrina endured an abusive marriage, a miscarriage, and early widowhood to emerge as a smart, successful, confident woman who found a way to make her mark in a man’s world. She has friends and purpose, but cannot hide from the emptiness she feels when the parties are over and the friends have gone home to families she will never have.

Harry Stillman may be charming and handsome, but he’s a gambler and a rake who has made a mockery of his privileges. He turns to the mysterious Lord Damion for financial relief from his debts, but still ends up beaten nearly senseless by thugs and left in an alley.

When Lady Sabrina comes upon Harry after the attack, she remembers the kindness Harry once showed to her six years ago and brings him to her estate to heal. Though their relationship begins on rocky footing, it soon mellows into friendship, then trust. But Lady Sabrina needs to keep Harry at a distance, even if he is becoming the kind of man worthy of her heart. After all, she is keeping a secret that, if exposed, could destroy everything she’s so carefully built. While we see a glimpse in the prologue of the caring man that Harry Stillman could be, we are introduced to him in chapter one when he is at the lowest of the lows that is of his own making through drinking and gambling. Lady Sabrina is introduced to us as a battered wife who is hiding in a rose bush in fear of her brutal husband.

As a 32 year old widow, I like that Sabrina is an older more mature heroine. While she has had many benefits in her upbringing, she is very much aware of what her life could have been like as the illegitimate daughter of a Duke. She now wants to use her position for something good.

Even if we cannot personally identify with Harry’s struggles of drunkenness and gambling, there are a number of things we can learn from it in this book.

Whether positive or negative, the words that we say can greatly affect another person. Harry’s father’s words tore him down but Sabrina’s words helped lift him up.

We also have to be careful not to become an enabler for other people. Feeding in to their vices is not helping them in any way.

I usually have a hard time liking a rake. Especially one who has put themselves so far into the gutter because of things they did. I liked that this story showed what could happen if someone believed in them and extended them mercy and grace. No matter what we have done, we all need this in our life.

*This book includes topics of drinking, gambling, domestic abuse, and the loss of a child. All of this happening in the very first chapter.

Josi S. Kilpack is the bestselling author of several Proper Romance and Proper Romance Historical series and a Cozy Culinary Mystery series. Her books, A Heart Revealed and Lord Fenton's Folly; were Publishers Weekly Best Romance Books of the Year. She and her husband, Lee, are the parents of four children.