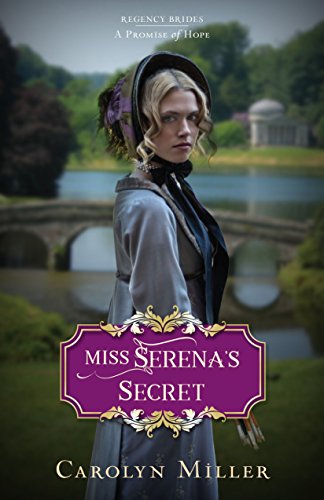 With devastating scars in her past, Serena Winthrop is sure no man can be trusted–especially not a man like the too-smooth Viscount Carmichael. His reputation as a flirt and a gambler is everything she despises. And the young artist makes sure that this disreputable heir to an earldom knows of her deep disapproval whenever they encounter one another.

Henry, Lord Carmichael, is perfectly aware of his charms. He’s gambled with plenty of ladies’ hearts as easily as he has with their husbands’ money. But lately he’s wondered if there’s more to life–and if his actions might prove unworthy of an admirable wife such as his friends have found.

When Serena’s guardian asks his best friend to protect his young ward, Henry promises to be on his best behavior and not to woo her. But the more he learns of her, the more he realizes she might be his best reason for changing his character.

Then the lady’s painting leads her to London infamy. Now Henry must choose between the life mapped out for him as the earl apparent and the love of his life. And Serena’s secret may mean the end of his titled family line.

If only I could function without sleep…

It was four in the morning before I finally forced myself to put the book down and the next day I was quick to pick it up and finish it.

This book was filled with an entire range of emotional moments that were: funny, romantic, tense, joyous… There were raw emotions, whether it was a child born into the world or a beloved character called home. I held my breath though a scene which is so unlike me and during another scene I literally dropped my jaw.  I was so glad no one was watching me while reading this book!

Carolyn Miller always has such interesting, dynamic characters. I love how she describes the scenery, and I can vividly picture it. As a landscape photographer I can relate with Serena seeing God’s work in His glorious creation and trying to capture it.

The parts with the children were some of my favorites. Like when Serena was trying to paint the bouncy children and they were asking her questions about Uncle Henry. I also liked the way Henry interacted with the children. Those scenes were so precious.

Miss Serena’s Secret is not a story where things go perfectly, and that is one of the reasons why I recommend it. While it’s nice to read a story that is happy and positive all the time, it’s not very realistic. This book’s realistic scenarios remind us of how we all should live. Love endures all things. Bad things will happen but we must continue to love God and love others and see the good He provides us with.

At the end of Miss Serena’s Secret it shows a preview of Carolyn’s next book in the series The Making of Mrs. Hale. I am very much looking forward to it even more after reading that preview.