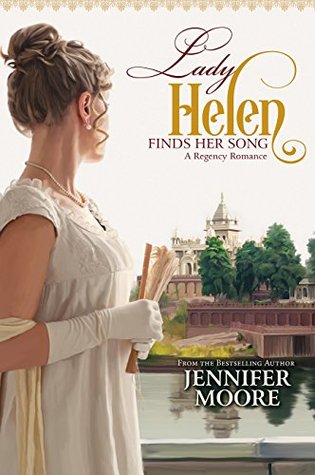 Spring 1813
The exotic splendors of India are legendary, and the colorful sights of her new home in Calcutta immediately captivate eighteen-year-old Lady Helen Poulter. Whereas many of her fellow British expatriates despise the culture they see as barbaric, Helen sees excitement in the unusual locale. It is in this vibrant, bustling city that she finds a kindred soul in Captain Michael Rhodes, an Englishman whose lifelong love of India runs deep. Their friendship quickly grows, yet despite their undeniable connection, she could never think of Captain Rhodes as more than a dear friend.

Her love, in truth, has been captured by dashing British Lieutenant Arthur Bancroft. This handsome soldier represents the embodiment of all she’s dreamed of in a husband. Preoccupied by her growing affections, Helen never dreams that beneath the glamor of the city, hostilities are reaching a boiling point. When battle ultimately threatens both of the men in her life, she must make a choice: pursue the man who symbolizes her British past, or let herself love a man who promises an unknown future in the land she loves. But amid the casualties of war, will her declaration of love come too late?

I have read all five books in Jennifer Moore’s Regency Romance series as well as her novella A Happy Accident in the collection Spring in Hyde Park.  Moore uses the popular Regency time period but adds unique locations and events making her stories more interesting and less predictable.  I look forward to any future Regency novels she plans to write.